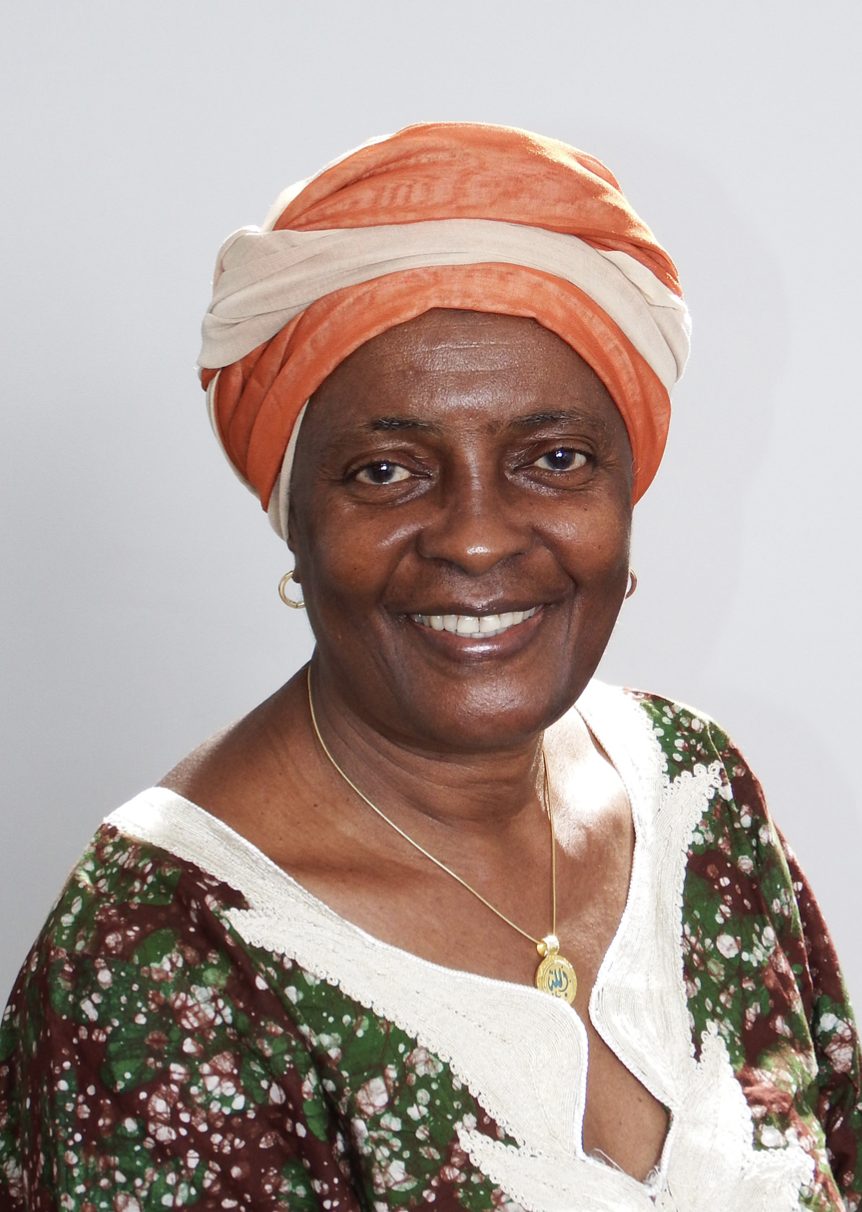 Ms Aïcha Bah Diallo former minister of education (Guinea) and former Assistant Director General for Education (UNESCO) is known as champion of women’s and girls’ education.She is member of the Forum for African Women Educationalists (FAWE) since its inception, of the Association for Strengthening Higher Education for Women in Africa (ASHEWA), of the Réseau des Femmes pour l’Egalité Femmes-Hommes. She is member of the High-Level Steering Group of Education Outcomes Fund (EOF)

As minister from 1989 to 1996, Ms Bah Diallo pioneered work on lowering barriers to education for girls. Their enrolled in school surged from 113,000 to 233,000. She is recognized as the leader of education reform in Guinea, and in Africa she is highly respected. She succeeded in preparing, negotiating, and implementing the « programme d’Ajustement Structurel de l’Education with the coordination of all donors. She prepared and negotiated the second programme. She also prepared the policy for Technical and Vocational Education, organized the donors and obtained their financial support before leaving the Department to join UNESCO.