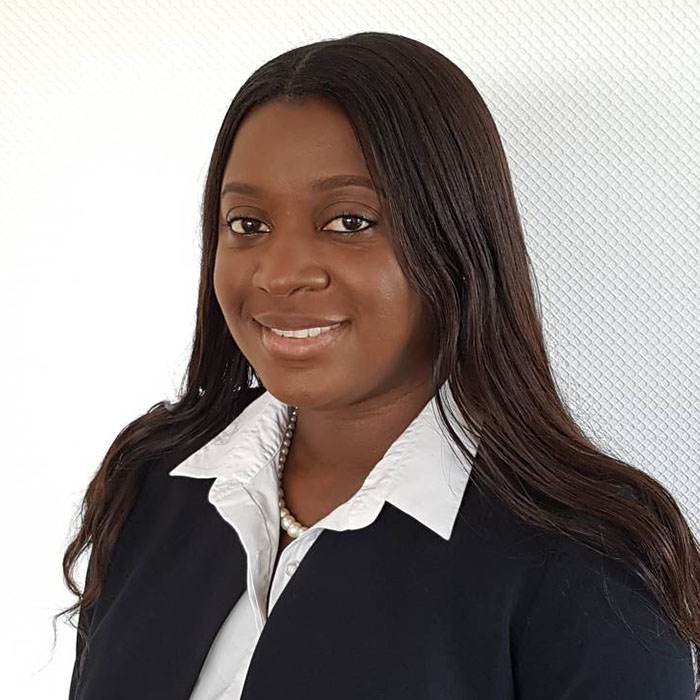 Cherise Ige is the Chief Finance Officer (CFO) of Prudential Life Insurance
Ghana. A Fellow member of the ACCA Professional body with a bachelor’s
degree in Accounting and Law from London Guildhall University. She has over 15 years’ experience within the Financial Services sector and FCMG industry in the UK, before being appointed as CFO of Prudential Life Insurance Ghana in 2016.

Prior to Prudential, she was at Tate and Lyle London as a Group Reporting
Accountant where she also headed up the financial segment of a project team which led a global wide restructuring programme.

Whilst navigating her way through her corporate life, she flexed her
entrepreneurial spirit by establishing her own hair and cosmetic business in 2011, creating employment in her local community in London.

An avid Netball player she has represented England at the international
stage as part of the England Indoor Netball team. As she moved from England to Accra, she brought her passion for the sport with her and quickly established a netball forum in Accra, which currently has over 60 members and is rapidly expanding. Her efforts and drive to engage the youth through the sport led to her being inducted as a cooperative member of the Ghana Netball Federation in 2017. She has been able to fundraise and donate netball equipment to the University of Ghana and led a Ghana based team to a tournament in Spain in 2018.