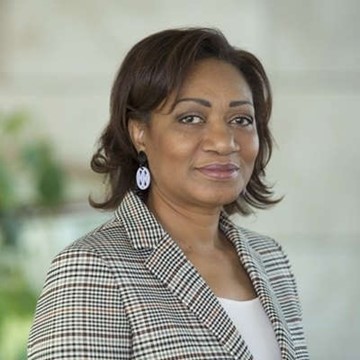 Fatoumata Bouaré joined FMO’s Management Board in October 2017 as Chief Risk & Finance Officer. Before that, she held the positions of Director Risk Management Head at the Bank of Africa Group and Deputy Chief Executive Officer of Bank of Africa Benin. In her capacity as the highest-ranking risk professional at the Bank  of Africa Group, she was in charge of all integral aspects of risk, including environmental, social and sustainability risks. Bank of Africa Group is present in 18 countries with total assets of  USD 7 billion, more  than 500 branches and 6000 staff.

Fatoumata Bouaré has a degree in Engineering (Ivory Coast) and a Master of Business Administration from Ecole Superieure des Sciences Economiques et Commerciales (ESSEC in France).