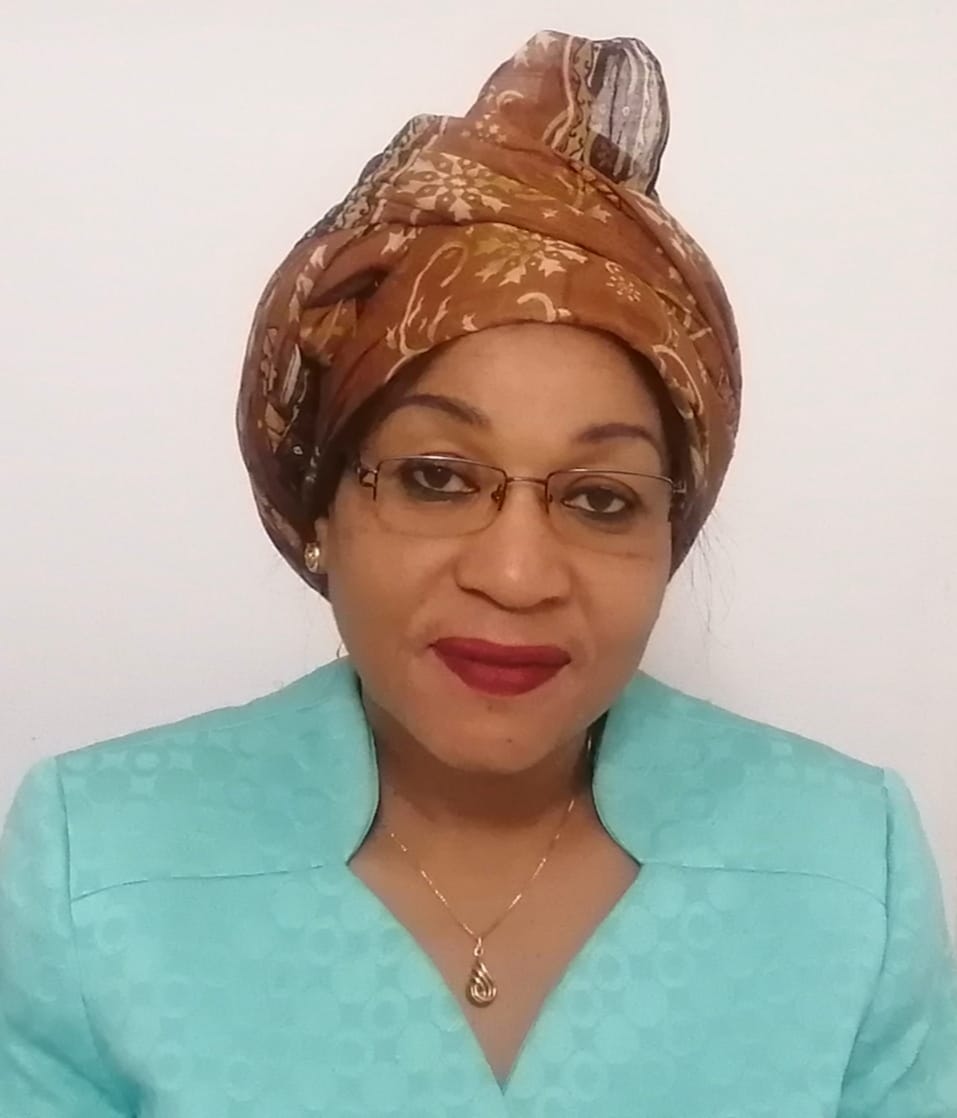 Lina Ekomo is a Central African sociologist. She has had an international career as an official of the United Nations Development Programme (UNDP) for more than twenty years.five years before serving his country the Central African Republic as Minister Counsellor to the Presidency of the Republic during the political transition from 2014 to 2016.

Since the end of this transition, Ms Ekomo has been working to promote women’s rights and gender through the Women’s Leadership Network in the Central African Republic (RELEFCA), of which she is the President. She is also Vice Coordinator of the Women Leaders Network for Africa’s Transformation (AWLN), Coordinator of the Women Leaders Group for Peace in the Central African Republic and member of the Pan-African Network of Mediators for Conflict Resolution in Africa (FemWise Africa) of the African Union. As such, Lina Ekomo is active in regional and international advocacy on Women, Peace and Security issues in addition to her initiatives to promote the participation of Central African women in peace and development processes. She is fluent in French and has a good knowledge of English and Spanish.