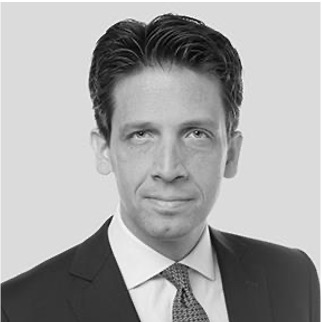 Xavier Atieh has 23 years of M&A experience and is currently a Managing Director the head of Lazard’s Middle East and Africa team. Mr. Atieh joined Lazard in 2005 where he has advised on more than 70 transactions worth a total of c. USD 100bn in a variety of sectors including telecoms and technology, financial institutions, industrials, retail and agri/food and construction materials

Transactions he advised on include: QIA on the acquisition of 50% of Enel Green Power in a portfolio of renewable assets in Sub-Saharan Africa (2021), advised TAQA on the divestment of a stake in JESCO (2020), the Government of Togo on the privatization of Togocom (2019), Saudi Aramco on the issuance of its first international bond for USD 12bn (2019), Silk Road Fund on its investment in ACWA Renewables, QIA on its USD 200m investment in Airtel Africa (2019), Carbon Holdings on the financing of the TPC project (USD 10.9bn), Africinvest and Mediterranea Capital Partners on the sale of SJL, the leading trans-Gibraltar freight transporter, to Investec (2016), the equity and debt fundraising of SGI Africa, CFAO’s Central and West African shopping mall platform (2016), Crédit Libanais in relation to the sale of EFG-Hermes’ 40% stake to a consortium of Lebanese and Arab investors (2016), the divestment of a minority stake in NSIA by ECP to a consortium comprised of Banque Nationale du Canada and Amethis Finance (2015), the sale of Mansard Insurance to AXA (2014), the sale of Axis (Indonesia) by Saudi Telecom (2014) to XL Axiata, the acquisition of a stake in Vente Privée by Qatar Holding (2013), The disposal of Dhabi Group’s telecom assets (2013), France Telecom on the sale of Orange Switzerland to Apax Partners for a total consideration of EUR 1.6bn (2011), The public take over of ONA and SNI, delisting and subsequent merger for a total consideration of c. USD 6bn (2010), Weather Investments/Orascom on its acquisition by Vimpelcom for a total consideration c. USD 25bn (2010), Vodafone on the sale of its 44% stake in SFR to Vivendi for a total consideration of USD 7.95bn (2011), Versatel on the acquisition offer received from KKR for a total consideration of USD 960m (2011)

Prior to joining Lazard, Mr. Atieh worked with Inquam, a fund focused on the mobile sector and was a member of the Telecom Media & Technology team of JP Morgan in London and worked with BNP in New-York

Mr. Atieh graduated from the Ecole Supérieure de Commerce de Paris. He is fluent in English, French and Arabic