From 3 to 10 October 2021, the winners of the first edition of the WIA Young Leaders programme, developed in partnership with Dior, Huawei Northern Africa and Banque Lazard, were received in Paris by numerous personalities and at important events.

After being selected from among 2,068 applications by an internationally renowned jury in June 2021, Cynthia Aïssy, Meganne Boho, Nassifatou Koko Tittikpina, Néné Maïga and Marvel Gusona Nyama were invited to participate in a week of exclusive meetings in Paris, workshops and speeches at events.

The partners of the programme, Dior, Huawei Northern Africa and Lazard have opened the doors of several places for exclusive visits and paved the way for meetings essential to the development of their networks. 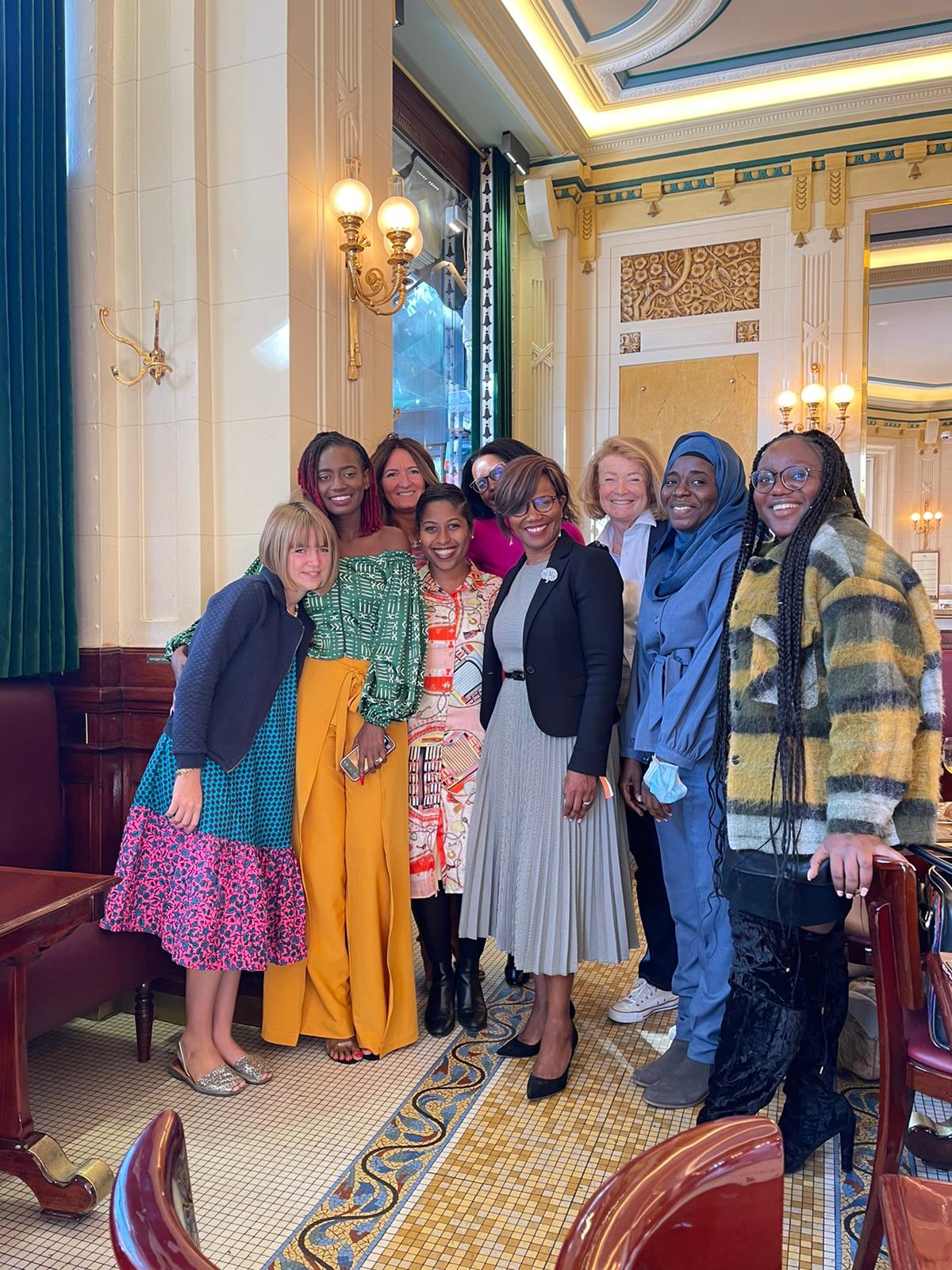 At this unprecedented event, the laureates had the opportunity to exchange on issues related to gender equality, women’s rights and environmental issues in the world 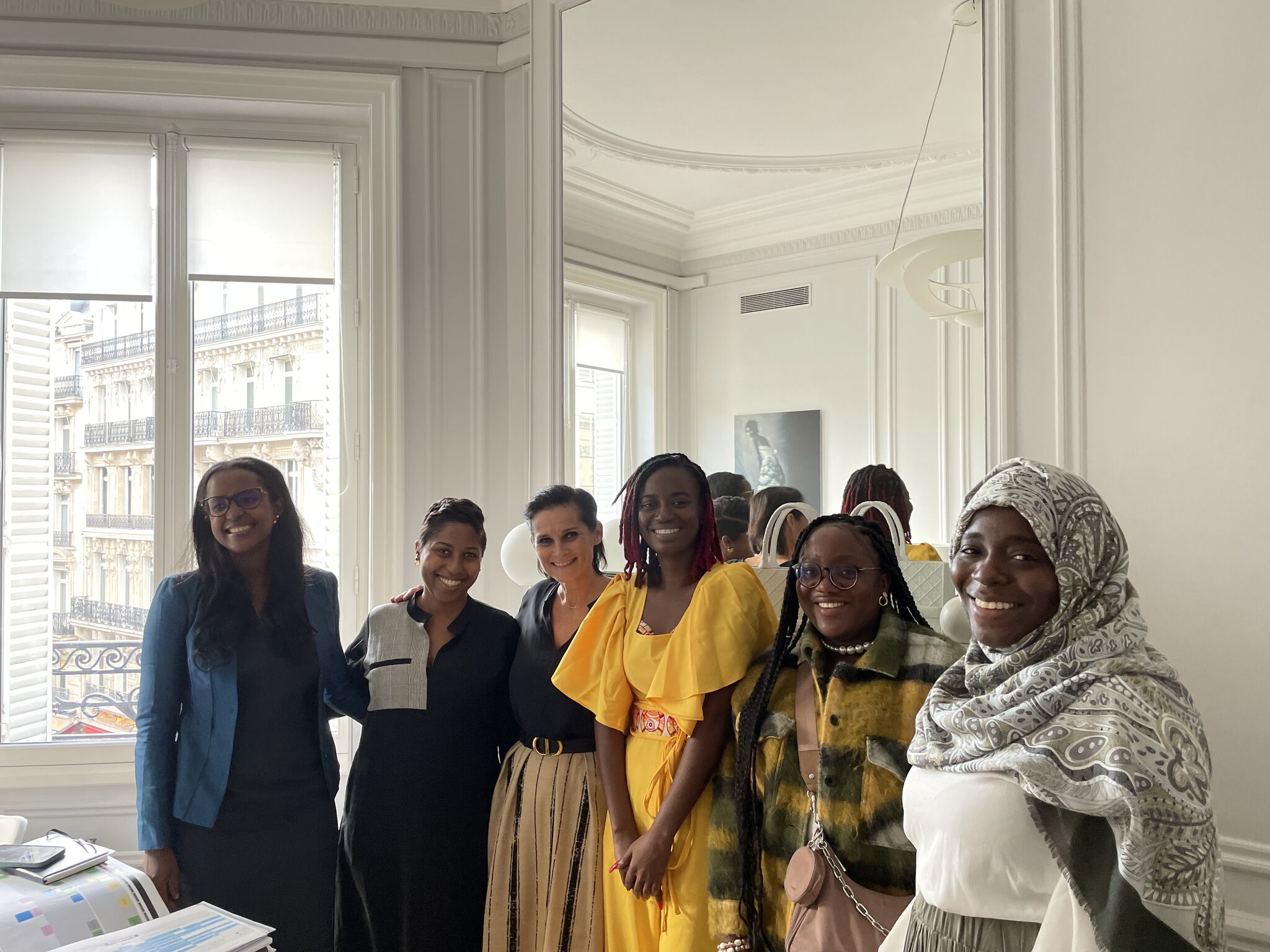 Dior, a partner of the WIA Young Leaders programme, welcomed the winners for a meeting with Emmanuelle Favre-Ray, Director of Human Resources and a private tour of the Dior Heritage House.

Cynthia Aïssy met with Karim Bairi, Director of Logistics at DIOR, to discuss issues in the transport and logistics sector.

We thank Maison DIOR for hosting the WIA Young Leaders, taking time to listen to them and advising them.

On the occasion of this meeting at the Mouvement des Entreprises de France, the laureates presented their projects in the sectors of e-commerce, telecommunications and humanitarian action, sectors essential to tomorrow’s Africa.

Meeting with Nayé Bathily, Head of External Affairs of the Central and Western Africa Region of the World Bank

Over a dinner with Nayé Bathily, the Young Leaders highlighted the coordination issues and strategies of engagement of financial partners in Africa.

The WIA Young Leaders were received at the premises of Société Générale, historical patron of Women In Africa, for an exclusive meeting with Frédéric Oudéa, Chief Executive Officer of the bank. 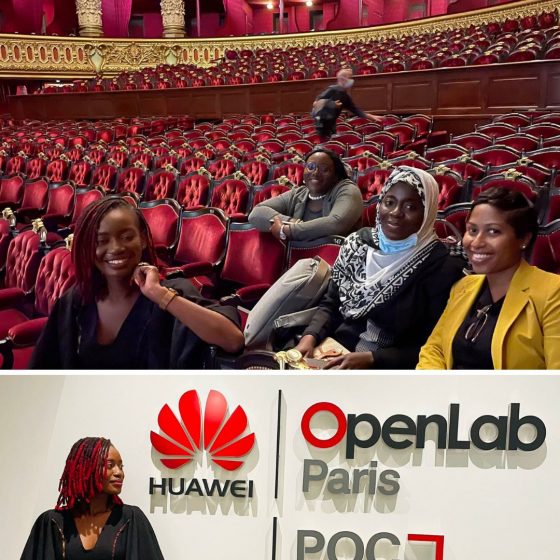 Huawei Northern Africa, the global digital leader and partner of the WIA Young Leaders programme, has opened the doors of its Open Lab, dedicated to innovation, technologies of the future and their applications and offered the laureates an exceptional private tour of the Opera Garnier.

The laureates were present at the Ambition Africa event organized by Business France on 5 and 6 October 2021.

Nassifatou Koko Tittikpina spoke to highlight the new challenges of the pandemic. Néné Maïga emphasized the importance of training and acquiring new skills for the development of African talent. Cynthia Aïssy illustrated the importance of digitalization for the future of the continent.

These round tables with development actors from the African continent demonstrated the need to invest in various sectors, including health, telecommunications and e-commerce.

BIG 2021 “Women entrepreneurs in Africa, your challenges are ours”

On the occasion of the 7th edition of BIG organized by Bpifrance on 7 October 2021, the WIA Young Leaders were invited to exchange on the major challenges, solutions and motivations related to their experiences as young women entrepreneurs in Africa.

The WIA Young Leaders carried out face-to-face training offered by the programme partners.

The WIA Young Leaders started the week with a media training at 35° North, the agency of reference in communication strategy and influence positioning Africa at the heart of international issues. 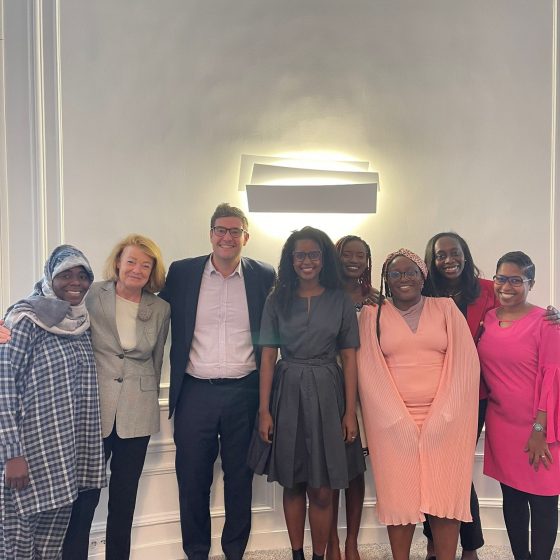 The WIA Young Leaders were received in the headhunter firm Egon Zehnder, a leading company in the field of Leadership Advisory and Executive Research.

They were able to benefit from personalized coaching centred around their careers, and the soft skills necessary to be the leaders of tomorrow.

During their stay, the WIA Young Leaders had the opportunity to meet with networks of influential women from the political and economic world.

The five laureates were honoured to be welcomed by the Club du 21e Siècle and their President Laetitia Helouet for an exclusive meeting in the Philanthro-Lab.

Cynthia Aïssy, Meganne Boho, Nassifatou Koko Tittikpina, Néné Maïga and Marvel Gusona Nyama talked about their journey, their projects and their hopes for the future of the African continent.

The winners of the WIA Young Leaders programme attended a luncheon hosted by Lazard Bank, the programme’s partner.

During the luncheon, they had the opportunity to meet with Their Excellencies Mrs Liliane Massala Ambassador of Gabon, Mrs Anna Bossman Ambassador of Ghana, Mrs Judi Wangalwa Wakhungu Ambassador of Kenya, Dr. Hajo Sani-Oon Ambassador of Nigeria and Mrs. Christine Kaseba-Sata Ambassador of Zambia as well as Michèle Lamarche, Associate in charge of Sovereign Affairs, and Eléonore de Font-Réaux, Secretary-General of Banque Lazard.

Cocktail of the Siècle des femmes at August Debouzy

The WIA Young Leaders were received at August Debouzy by the Siècle des femmes Club, which made it an honour to welcome them as new members!

On the occasion of this evening, the Young Leaders met Nathalie Celia, CEO France of Bucherer, Valérie Gaudart, Director of Culture & Communities at ENGIE, Marie-Hélène Bensadoun, Associate Lawyer at August Debouzy, Yamina Benguigui, director and former Minister Delegate to the Minister of Foreign Affairs, in charge of La Francophonie, Elisabeth Richard, Director Coordination and Animation of ENGIE networks and in charge of the network of women in the Group, Muriel Attal, Communications Director at France TV, Wande Abe and Leila Hubeaut, partner at August Debouzy.